Jack Richardson, Canadian record producer (The Guess Who) died he was , 81 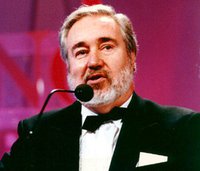 Jack Richardson, CM was a Juno Award-nominated Canadian record producer and Order of Canada recipient died he was , 81. He is perhaps best known for producing the biggest hit records from The Guess Who from 1969 to 1975. He was an educator at Fanshawe College in London, Ontario in the Music Industry Arts program, as well as at the Harris Institute for the Arts in Toronto, Ontario in the Producing and Engineering Program (PEP). The Juno Award for “Producer of the Year” has been named in Richardson’s honour since 2002.

Richardson was born in Toronto, Ontario, and had early musical training playing in various school bands. By 1949 he was playing professionally in “The Westernaires” [1] who had a regular radio program. In 1958 he was working as an account executive for McCann-Erickson,[1] a firm that produced a regular television program and in the mid 1960s Richardson and three others from this firm decided to form their own production company, Nimbus 9. Initially, audio recording was only one aspect of Nimbus 9, which was formed to provide multi-media production to their clients. Within a brief period of time, however, audio recording became the single focus of operations.
In 1968, Richardson approached the Canadian branch of the Coca-Cola company with an idea to produce and market a long-playing album through a type of bottle-cap reimbursement scheme. On one side of the release were The Guess Who, and on the flip-side, a group from Ottawa, Ontario called The Staccatos (later to become the Five Man Electrical Band). Both of these groups were already well known within Canada: The Guess Who were featured as the house band on the weekly CBC TV show Let’s Go and had ten top 40 hits in Canada between 1965 and 1967, while The Staccatos had reached the Canadian top 40 twice in that same period of time. The split album the two groups recorded, A Wild Pair, could only be obtained by sending ten Coca-Cola bottle cap liners and $1 (for shipping expenses) to Coca-Cola. Guess Who guitarist Randy Bachman estimates that the album sold enough units to qualify for gold record status in Canada; however, no certification figures are available as the LP was not distributed through normal retail channels.
After the success of A Wild Pair, Richardson mortgaged his own home to obtain funds to produce a full-length record with The Guess Who.[1] He took the group to Phil Ramone‘s A&R Recording studio in New York, and produced the classic 1968 Wheatfield Soul album, which spawned a massive international hit “These Eyes“.
Richardson and The Guess Who had many more hits in the next few years (including the US and Canadian #1 single “American Woman“), and as Richardson’s reputation as a producer grew, so did his list of famous clients. From the early 1970s on, Richardson produced some of the biggest selling records of the era: Alice Cooper Love It to Death, The Irish Rovers‘ #1 hit “Wasn’t That A Party”, Bob Seger‘s “Night Moves“, Badfinger, Moxy, Poco, Max Webster and many others. This was in addition to the hits he was producing for The Guess Who, who were for a time (1970) the best selling rock group in the world.
From 1984 to 86, Richardson was the music producer for the television show, “Party With The Rovers” (The Irish Rovers) for Global TV in association with Ulster TV in Ireland.
Later, Richardson decided on another career change and became a Professor in the Music Industry Arts (MIA) program at Fanshawe College in London, Ontario, until he retired from teaching in 2007.
The non-profit Jack Richardson Music Awards, started in 2005, are named in his honour and given to up-and-coming musical acts and artists from London in a variety of categories.
Jack Richardson is the father of noted music producer Garth Richardson (Rage Against the Machine, Red Hot Chili Peppers)

Among Richardson’s producer credits are the following:

This entry was posted on June 25, 2011 by kterrl. It was filed under great stuff to know, Uncategorized and was tagged with Canadian record producer (The Guess Who), entertainer, Jack Richardson, telvelision personality, who is.