Godfrey Clarence Myles was an American professional football player who played linebacker for the Dallas Cowboys of the National Football League (NFL) for six seasons in the 1990s, winning three Super Bowl championships died from a heart attack he was , 42.. Myles previously played college football for the University of Florida. 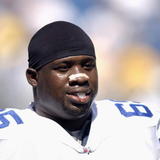 Myles received an athletic scholarship to attend the University of Florida in Gainesville, Florida, where he played for coach Galen Hall and coach Steve Spurrier‘s Florida Gators football teams from 1987 to 1990.[3] He was a team captain and a first-team All-Southeastern Conference (SEC) selection at safety in his senior season in 1990, after being a Sporting News honorable mention All-American at linebacker as a junior in 1989.[3]

It was initially reported that Myles suffered a massive heart attack on June 8, 2011,[9] and that he died in Miami.[7][10] It was subsequently reported that Myles had, in fact, suffered a massive stroke,[11] and expired when his family decided to remove life support after he had been declared brain dead on June 9, 2011.
Myles died in the early morning of June 10, 2011; he was 42 years old.[11]

Ronald Edward “Ron” Springs was a professional American football running back, who played eight seasons in the NFL, for the Dallas Cowboys from 1979–1984, followed by the Tampa Bay Buccaneers in 1985-1986  died from complications from surgery he was , 54.. He is the father of NFL cornerback Shawn Springs. He also played with Lawrence Taylor and Mel Gray at Lafayette High School in Williamsburg, Virginia. 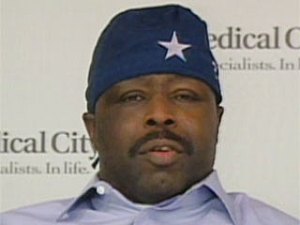 Springs attended Coffeyville Community College in 1975, where his 2,047 rushing yards remains a school record. The following year, he enrolled at Ohio State University, where he played three years under Woody Hayes and led the Buckeyes in both rushing (1,166 yards) and receiving (16 catches for 90 yards) in 1977. In 1978, he was elected a team co-captain.
Springs was the last Buckeye with less than 100 yards receiving on a season to lead the team in receptions that season.

Springs was diagnosed with type 2 diabetes in 1990, which led to him having both his right foot and two toes from the left amputated. In 2004, needing a kidney, he was placed on the national transplant list. Though his son, Shawn, offered to end his career and donate a kidney, Ron refused.[1] In 2006, former teammate and best friend Everson Walls agreed to donate one of his kidneys, and the transplant took place in March.[2] On Tuesday, October 16, 2007, it was reported that Springs slipped into a coma after going into cardiac arrest while having an operation performed on an elbow cyst the previous weekend. He remained in this state until his death, and his son left his team to be with Ron during that time. Doctors reported in 2007 that there was no chance of Springs surviving; however, his family continued encouraging Ron by talking to him daily.[3] On January 5, 2008, former Cowboy teammate Bill Bates held a charity event to help raise funds for the foundation connected with Ron’s illness. Ron’s wife, Adrianne, continued to show encouragement to those concerned about Ron’s condition, stating that news of the event’s turnout might help wake Ron from his coma.
On January 21, 2008, Adrianne Springs filed a lawsuit on behalf of her husband against the two doctors who performed the surgery, alleging malpractice.[4]
Springs died on May 12, 2011, due to a heart attack.[2]